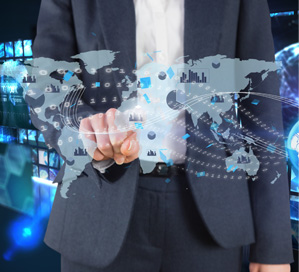 In Forbes v LHR Airport Ltd, the Employment Appeal Tribunal has held that an employer was not liable for harassment under Ss.26 and 109 of the Equality Act 2010 when an employee posted a racially offensive image on Facebook and shared it with a colleague. The act of posting the image on a private Facebook account was not done ‘in the course of employment’ even though the image was thereby shared with a Facebook friend who happened to be a colleague

F worked for LHRA Ltd as a security officer. One of his colleagues, S, shared an image of a golliwog on her Facebook page, accompanied by the message ‘Let’s see how far he can travel before Facebook takes him off’. The image was shared with S’s Facebook friends, including a colleague, BW, but not F. BW later showed the image on S’s Facebook page to F, who complained to his line manager. This escalated into a formal grievance, which LHRA Ltd upheld, and S was subject to a disciplinary investigation. She appeared contrite during that investigation when the offensive nature of the image was explained. S offered an apology and received a final written warning. When F was later posted to work alongside S, he complained and was thereupon moved to another location without explanation. F went off sick for a period and eventually brought a claim of harassment, among other things, against LHRA Ltd.

The employment tribunal dismissed F’s claim. It found that S’s actions in sharing the image on Facebook were not done ‘in the course of employment’, which is an essential element of employer liability under S.109. She was not at work at the time and she did not mention any colleagues or LHRA Ltd in the image. The tribunal also concluded, by a majority, that the sharing of the image did not in any event constitute harassment under S.26 EqA. It accepted that the image was offensive and that it did cause offence to F. However, it found that this was not S’s purpose and, taking into account S’s willingness to apologise, it found that it was not reasonable for S’s conduct to have this effect on F for the purpose of S.26(4). F appealed to the EAT.

The EAT dismissed the appeal. On the issue of whether S’s posting on Facebook was done ‘in the course of employment’, it noted that this is a question of fact and that the words should be construed in the sense in which the lay person would understand them. In the EAT’s view, the factors relied upon by the tribunal were proper ones to take into account. The lay person would not consider that the sharing of an image on a private non-work-related Facebook page, with a list of friends that largely did not include colleagues, was an act done in the course of employment. The fact that BW later showed the image to F was not relevant to whether S’s act of sharing it on Facebook was done in the course of employment – the tribunal was correct to focus on the time at which S shared the image because that was the act of alleged harassment that the tribunal was required to consider. The EAT noted that BW’s act of showing the image to F at work could have been regarded as done in the course of employment. However, this was not how F’s claim was put, and so the focus had to be on S’s conduct.

In so holding, the EAT noted that it was not possible or even desirable to lay down any hard and fast guidance as to when such conduct should incur employer liability, especially as the extent to which social media platforms are used continues to increase. Just as is the case with the physical work environment, whether something is done in the course of employment when done in the virtual landscape will be a question of fact for the tribunal in each case, having regard to all the circumstances. The EAT accepted that there may be many circumstances in which sharing an image on Facebook could be found to be done in the course of employment, such as where the Facebook page is solely or principally used for work purposes. It also noted that the fact that the employer considers it appropriate to take action against employees for the conduct does not mean that the conduct in question is necessarily done in the course of employment. Employers can, depending on policies, take action for conduct outside work.

Given the EAT’s conclusion on S.109, the question of whether S’s conduct amounted to harassment under S.26 did not arise for decision. However, the EAT went on to state that it would have rejected F’s argument that the tribunal was wrong to take into account S’s apology under S.26(4). The tribunal took into account F’s perception and the ‘other circumstances’, as it was required to do under S.26(4). These other circumstances properly included the fact that the image had been shared privately, that it was not something S did at work, that F was not on S’s friends list and that S later apologised.

Tags: Employment Law
Previous Post No extension of EDT where employer is entitled to dismiss summarily