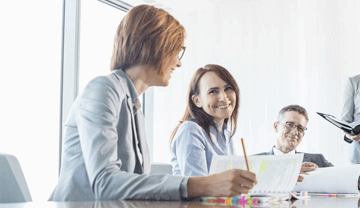 In Lee v Ashers Baking Company Ltd and ors, the Supreme Court has held that a bakery did not discriminate against a gay man when it refused to provide him with a cake bearing a message of support for same-sex marriage. It held that the Northern Ireland Court of Appeal was wrong to conclude that there was direct discrimination on the basis that support for same-sex marriage is indissociable from sexual orientation.

ABC Ltd, a Northern Ireland bakery, is a limited company. CM and KM, two of its directors, are Christians who oppose the introduction of same-sex marriage as they believe that it is contrary to God’s law. In May 2014, L, who is a gay man associated with QueerSpace, a volunteer-led organisation for the LGBT community in Northern Ireland, ordered a cake from ABC Ltd to mark the political momentum towards same-sex marriage legislation. He wished the cake to be decorated with a picture of the Sesame Street characters Bert and Ernie (the logo for QueerSpace), along with the caption ‘Support Gay Marriage’. L’s order was initially accepted but KM telephoned L a few days later to say that the order could not be fulfilled as the bakery was a ‘Christian business’, and L was given a refund. L brought proceedings in a county court for breach of Regs 3(1)(a) and 5 of the Equality Act (Sexual Orientation) Regulations (Northern Ireland) 2006 SR 2006/439 which prohibit sexual orientation discrimination in the provision of goods and services in the same way as Ss.13 and 29 of the Equality Act 2010. He also claimed discrimination on the ground of political opinion under Articles 3(2) and 28 of the Fair Employment and Treatment (Northern Ireland) Order 1998 SR 1998/3162.

The Presiding District Judge, Judge Brownlie, upheld both claims. She found that ABC Ltd treated L less favourably on grounds of sexual orientation. Although Judge Brownlie accepted that ABC Ltd would have supplied L with a cake without the message ‘support gay marriage’, and would also have refused an order for a cake with the same message from a heterosexual customer, she concluded that the ground for the treatment was L’s support for same-sex marriage, which is indissociable from sexual orientation. ABC Ltd cancelled the order because CM and KM oppose same-sex marriage, which is inextricably linked to persons of a particular sexual orientation. As for the political opinion claim, Judge Brownlie accepted that support for same-sex marriage is covered by the 1998 Order and that CM and KM treated L less favourably because they disagreed with L’s political opinion. CM and KM appealed to the Northern Ireland Court of Appeal (NICA).

The NICA dismissed the appeal. It applied Lady Hale’s definition of direct discrimination in Bull and anor v Hall and anor, where she said that discrimination occurs wherever ‘the category of those receiving a certain advantage and the category of those suffering a correlative disadvantage coincide exactly with the respective categories of persons distinguished only by applying a prohibited classification’. The NICA noted that the benefit from the pro-gay marriage message on the cake could only accrue to gay or bisexual people. The reason that the order was cancelled was that CM and KM would not provide a cake with a message supporting a right to marry for those of a particular sexual orientation. On this analysis, there was an exact correspondence between those of the particular sexual orientation and those in respect of whom the message supported the right to marry. It therefore held that Judge Brownlie had been correct to find that there had been direct discrimination on the ground of sexual orientation. Given its conclusions on the sexual orientation discrimination claim, the NICA did not consider it necessary to rule on the religious belief or political opinion claim.

CM and KM appealed to the Supreme Court. The Supreme Court allowed the appeal. Lady Hale, giving the Court’s unanimous judgment, noted that Judge Brownlie had found that ABC Ltd did not refuse to fulfil L’s order because of his actual or perceived sexual orientation. The objection was to the message on the cake, not to any personal characteristics of the messenger or of anyone with whom he was associated. Lady Hale disagreed with the NICA’s view that the message was indissociable from L’s sexual orientation, observing that the NICA’s conclusion arose from a misunderstanding of the role that ‘indissociability’ plays in direct discrimination. It comes into play only where the express or overt criterion relied on as the reason for less favourable treatment is not the protected characteristic itself but some proxy for it. Thus, in Bull v Hall, letting double-bedded rooms to married couples but not to civil partners was directly discriminatory because marriage was (at that time) indissociable from heterosexual orientation. Support for gay marriage, on the other hand, is not a proxy for any particular sexual orientation, since people of all sexual orientations can and do support gay marriage. Nor could this be characterised as a case of associative or perceived discrimination. The NICA thought that the relevant association was with the gay and bisexual community but there was no evidence that ABC Ltd had discriminated on that particular ground, given that it both employed and served gay people. It was not enough to say that the reason for the less favourable treatment had something to do with the sexual orientation of some people – there would have to be a closer connection for the treatment to be ‘on grounds of’ sexual orientation.

The Court also allowed the appeal on the religious belief or political opinion ground. It interpreted the Fair Employment and Treatment Order in light of the freedom of thought, conscience and religion and freedom of expression protected by Articles 9 and 10 of the European Convention on Human Rights. These freedoms include the right not to be obliged to manifest a belief that one does not hold. Although KM and CM could not refuse to provide their products to L because he was a gay man or because he supported gay marriage, that was different from obliging them to supply a cake iced with a message with which they profoundly disagreed. The Order should not be read or given effect in such a way as to compel them to do so unless justification was shown, and it had not been in this case. The Court therefore held that there was no direct discrimination on the grounds of either sexual orientation or religious belief or political opinion.

It is unlikely that the Supreme Court would have allowed the appeal if KM and CM did not supply the cake to L if the reason for such failure was that he was gay and the message was something like, ‘To my beautiful husband on our wedding day from your loving husband’.

Tags: Employment Law
Previous Post Employee dismissed for failing to prove right to work entitled to appeal
Next Post No extension of EDT where employer is entitled to dismiss summarily