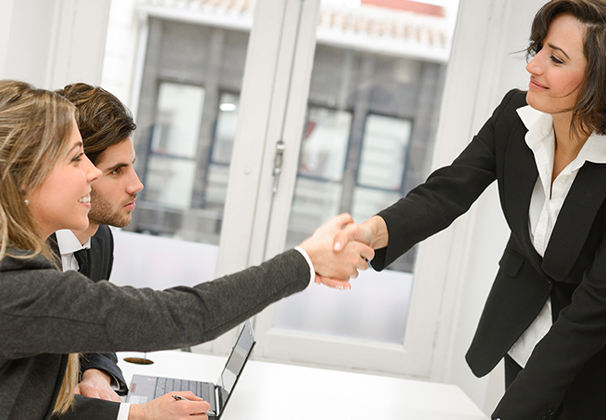 In the recent case reported below, employers are reminded of the necessity of allowing an employee the right of appeal against dismissal in most cases.

In Afzal v East London Pizza Ltd t/a Dominos Pizza, the Employment Appeal Tribunal overturned an employment tribunal’s decision that the dismissal of an employee – with no right of appeal – for failing to provide evidence of his entitlement to work in the UK was not unfair because ‘there was nothing to appeal against’. While the employer was justified in urgently dismissing the employee when it did, since it had a genuine belief that his employment was by then illegal, if evidence had been produced upon appeal that the employee was entitled to work at all material times, the employer could immediately have rescinded the dismissal without fear of prosecution or penalty. Affording an appeal allows matters of this kind to be considered again ‘rather more calmly than can be done as the time limit expires’.

The facts of the case were A, who is from Pakistan, was employed by ELP Ltd as a delivery driver from October 2009, working his way up to acting assistant manager with a bright future. He married a European national in 2011 and acquired time-limited leave to work in the UK, which expired on 12 August 2016. After that time, he had a right to apply for a document evidencing his right to a permanent residence that would continue his right to work. So long as he applied by 12 August, he was entitled to work while the application was being considered. In both June and July, ELP Ltd reminded A to provide evidence that he had made an in-time application and to do so before 11 August to avoid last minute problems. On 12 August, A sent his employer an e-mail which he said contained evidence of the application. However, ELP Ltd could not open the attachments. Concerned about exposure to criminal or civil penalties should it continue to employ A, ELP Ltd sent him notice of dismissal with no right of appeal, which he received on 15 August. Following his dismissal, when satisfactory evidence of A’s right to work was presented, ELP Ltd offered to re-engage A but as a new starter, meaning that his continuous employment with the company would be broken and he would receive no back pay for the period between dismissal and re-engagement. A complained to an employment tribunal of unfair dismissal.

The employment judge found that ELP Ltd genuinely believed that A’s employment was prohibited by statute, which amounted to ‘some other substantial reason’ for dismissal. Furthermore, he considered that it was both reasonable for ELP Ltd to hold this belief (given the lack of evidence in this regard) and for it to act decisively on 12 August for fear of exposure to criminal and civil penalties. The case, therefore, hinged on the question of appeal. In the judge’s view, while it is generally good practice to include a right of appeal, there was in the instant case ‘nothing to appeal against’: the test to be applied was whether ELP Ltd had reasonable grounds for believing that A had made a valid application for an extension before his work permit expired. There was no basis for the employer to ‘back-calculate or back-fill’ a belief it did not have on 12 August. In those circumstances, the judge could not conclude that it was unfair to fail to offer a right of appeal in the dismissal letter. He, therefore, dismissed A’s unfair dismissal claim.

Upon appeal to the EAT, His Honour Judge David Richardson (sitting alone) observed that in modern employment practice the provision of an appeal against dismissal is virtually universal and is recommended by the Acas Code of Practice on Disciplinary and Grievance Procedures. Nevertheless, there will be cases where an employment tribunal can conclude that a dismissal was fair despite the absence of an appeal – if in the exceptional circumstances of the case, appeal ‘would have been futile [and] could not have altered the decision to dismiss’ (per Lord Bridge in Polkey v AE Dayton Services Ltd 1988 ICR 142). In this instance, however, the employment judge was wrong to conclude that there was ‘nothing to appeal against’. ELP Ltd’s genuine belief that A’s employment was illegal justified his urgent dismissal but turned out to be wrong. If an appeal had been offered, there were various ways in which A could have established his right to work – he could have provided documents demonstrating the in-time application, ELP Ltd might have accepted the word of a solicitor, or ELP Ltd might have obtained the relevant number from A and then made its own enquiry of the Employment Checking Service. Had A’s right to work been established, there was no reason why A should not have been reinstated. ELP Ltd would not be committing a criminal offence or incurring liability to a penalty by doing so.

HHJ David Richardson, therefore, allowed A’s appeal. While he believed that in the circumstances of this case A’s dismissal ought to be held to be unfair in the absence of an appeal, he was mindful of not to substitute his own decision and therefore remitted the matter to the employment judge.

The conclusion to draw from this case is that almost in every case when an employee is dismissed, the employer should as a matter of course offer that an employee the right of appeal in writing and then if an appeal is made, constitute an appeal meeting.